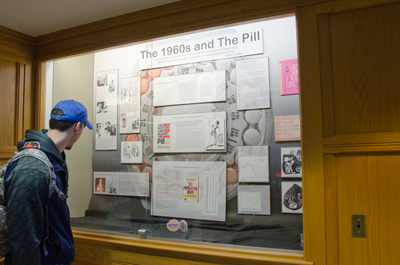 The fist birth control pill, Enovid, was approved for use as an oral contraceptive in early 1960. It quickly became one of the most widely prescribed pharmaceuticals in American history. It allowed women to have choice in regard to timing and numbers of pregnancies and thus was one of the things that ushered in the second wave (after women’s suffrage) of the women’s movement. The exhibit highlights the development of the pill and controversies, both medical and societal, in its use. Curator: Ann Brownson