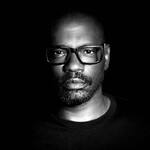 Brian Broome is a contributing columnist for The Washington Post. His debut memoir, "Punch Me Up to the Gods," is an NYT Editor’s Pick and the winner of the 2021 Kirkus Prize for Nonfiction. In addition to The Post, his work has appeared in Poets and Writers, Medium and more. Broome has been a finalist in the Moth storytelling competition and won the grand prize in Carnegie Mellon University’s Martin Luther King Writing Awards. He also won a VANN Award from the Pittsburgh Black Media Federation for journalism in 2019. His film, "Garbage," won the Audience Choice Award at the Cortada Short Film Festival and was a semi-finalist in the Portland Short Fest.