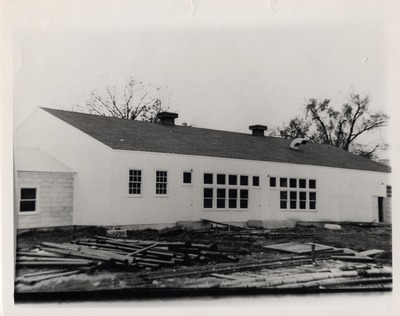 Black and white photograph of temporary cafeteria, with smaller, adjoining building used as a Recreation Hall, nearing completion. The photo shows the east façade of the buildings. Exact date of photo is unknown, but the buildings were opened for use in 1948.