Fashion in the '60s: From Jackie O. to Janis Joplin 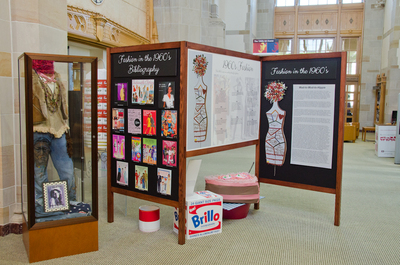 The 1960s were marked by dramatic changes in the world of fashion. In the past, fashionable attire had traditionally been marketed only to the elite and wealthy. As the ’60s got underway, new synthetic fabrics made clothing more affordable, and styles gradually became less form tting and more casual. Fashion designers soon realized that young members of the “Baby Boom” generation had far more disposable income than previous generations. All of these factors fueled dramatic shifts in fashion throughout the decade. Curator: Johna Von Behrens