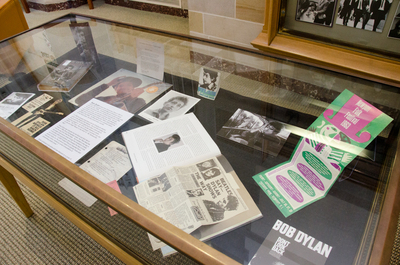 Music in the 1960s immediately brings to mind some of the most iconic performers and events in 20th-century music history, including Jimi Hendrix, Janis Joplin, The Beatles and Woodstock. Rock ‘n’ roll trends of the 1950s evolved dramatically through the 1960s, leading to the counterculture of psychedelic and folk rock of the second half of the decade. e 1960s also saw the rise in popularity of funk and soul, with internationally recognized girl groups of the time such as Diana Ross and the Supremes. This exhibit highlights key figures and musical events of this highly influential decade. Curators: Bill Schultz Jr. and Allen Lanham