The Moon Landing on Television 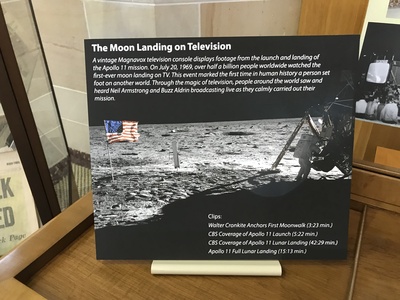 A vintage Magnavox television console displays footage from the launch and landing of the Apollo 11 mission. On July 20, 1969, over half a billion people worldwide watched the first-ever moon landing on TV. This event marked the first time in human history a person set foot on another world. Through the magic of television, people around the world saw and heard Neil Armstrong and Buzz Aldrin broadcasting live as they calmly carried out their mission.