A Voice of Their Own: Narrative Obscurity and African History in the Cinema of Raoul Peck

Raoul Peck, an award-winning Haitian filmmaker and human rights activist, has lived in Haiti, the Democratic Republic of Congo, France, and the United States and made films in and about all of these places. Peck, who is always looking for new paradigms away from European and Hollywood racial biases, deliberately includes a witnessing sequence in each of his films. This article analyzes two of Peck's films—the 1992 documentary Lumumba: la mort du prophète / Lumumba: The Death of a Prophet (France) and the 2005 fiction film Sometimes in April—situated at the intersection of testimony cinema and anti-Eurocentric paradigms through the lens of what I call "counter testimony." In Holocaust narratives, there has been a tendency to claim that some part of the trauma remains unspeakable or unthinkable. Peck's cinema on African history and its traumas runs counter to this claim. Instead, his cinema shows that in films on African experiences, these experiences are speakable but not entirely understandable for European or Hollywood audiences. Through nonlinearity, frame disjunctions—where the visual and aural components do not correspond—and genre mixing, Peck's use of counter testimony provides a private space for the African witness, particularly in these films, to testify to their experience and make their story known without it being appropriated.

Watson, Blair, "A Voice of Their Own: Narrative Obscurity and African History in the Cinema of Raoul Peck" (2019). Faculty Research and Creative Activity. 1.
https://thekeep.eiu.edu/language_fac/1 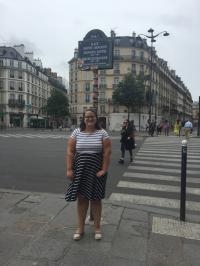