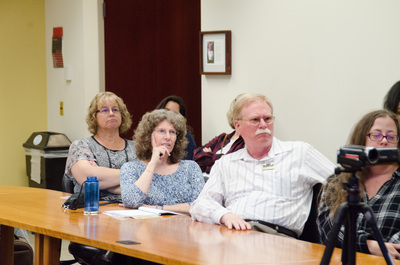 Identifying certain ideas as dangerous - and therefore banned or otherwise restricted - is a perennial phenomenon, manifesting throughout every time and culture. When reading the Harry Potter series, one encounters the Restricted Section in the Hogwarts Library, where the reader is informed that books about the Dark Arts and how to defend oneself against them are found. However, only those sufficiently matured and prepared may read the restricted materials, and then only under the close supervision and guidance of a wiser wizard. The very name of the highest master and practitioner of these Dark Arts is not to be spoken, but only referenced by means of circumlocutions like, "He-Who-Must-Not-Be-Named."

Your speakers will examine the broader topic of intellectual freedom through the lens of the Harry Potter series. Ryan McDaniel will offer some historical background and context for considering this theme in the Western cultural tradition. From the trial and execution of Socrates, to the Papal Index of Prohibited Books, to irreplaceable collections of Jewish books going up in flames during the Renaissance: Ryan will share a tale that, at times, can feel just as harrowing as the tale of He-Who-Must-Not-Be-Named.