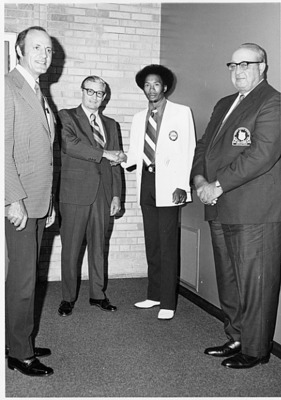 Black and white photograph of John M. Craft being officially welcomed back after competing in the 1972 Munich Olympics, where he placed fifth in the triple jump. A record-setting track and field star as an undergraduate (EIU class of 1969), Craft was at this time a faculty assistant in the laboratory school as well as a graduate student (M.S. 1974).