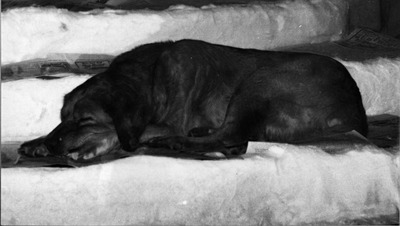 Photo published in the 1960 Warbler yearbook, page 218, with caption: The last known picture of Napoleon was taken October 10, 1959, during the concert of the Sauter-Finegan orchestra by Alan Dart, Warbler photographer. 'Nap' apparently was unable to sleep through the blaring of the orchestra as he left midway during the concert.