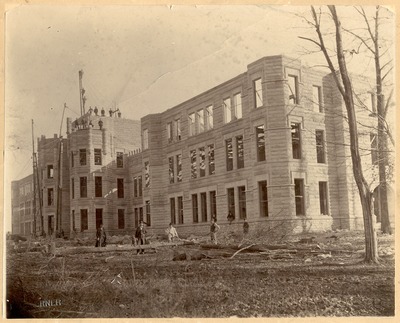 Old Main under construction, circa 1898, looking towards the southeast. Date of photograph is approximate. Familiarly called Old Main, the building was completed and opened in 1899. It was later named the Livingston C. Lord Administration Building, after Eastern's first president.

Black and white photograph believed to have been taken by Anton Berner (partial name stamp in lower left). Identical to 20030102_001.