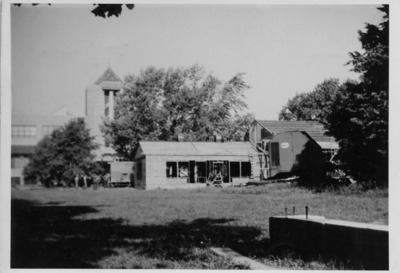 Black and white photograph of temporary recreation center, with adjoining cafeteria building, at right, under construction in 1947, opened early in 1948. At rear is the east facade of the gymnasium and Health Education Building (later Lantz Gymnasium, now McAfee Gymnasium). Date of photograph is approximate.