Rethinking the Ideas of Pan-Africanism and African Unity: A Theoretical Perspective of Kwame Nkrumah’s Leadership Traits and Decision Making

The search for Africa’s political unity has been one of the underlying ideas drawn from Pan- Africanism for several decades. Besides political leaders such as Sékou Touré and Modibo Keita with similar ideas on continental unity, Kwame Nkrumah was the central figure who vigorously championed the cause for Africa’s political unity. The role of Nkrumah as the iconic personality for the unification movement continues to attract scholarly attention and debate. This article contributes to the literature on Pan-Africanism and African unity by examining Nkrumah’s ideas and decision making through the lens of his leadership traits and personality styles. Grounded on the existing scholarly works in the field, the article employs the theoretical framework of Leadership Trait Analysis (LTA) to examine the way Nkrumah’s leadership traits shaped his decision making on Pan-Africanism and African unity. The article finds some utility in the theory (LTA) and concludes that Nkrumah’s decision making was partly driven by his leadership traits and personality styles. 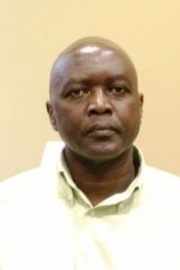